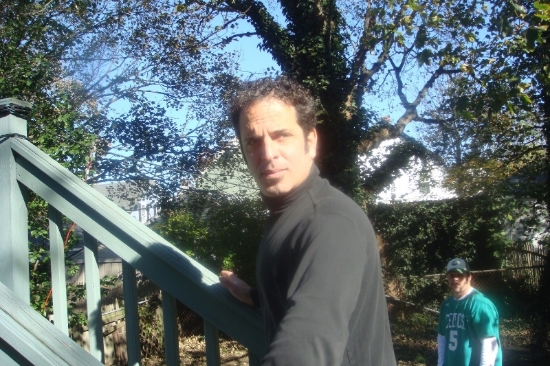 After graduating college, I wrote my first novel in six months and thought my future as a writer was a foregone conclusion.  Little did I know that twenty years later I would still be waiting for my big break.  I took jobs as a construction worker, bartender, and bike courier in Boston and New York City, mainly so I could use my body during the day while keeping my brain fresh for the many hours I spent at my desk writing after work.  I briefly thought about applying for graduate school to earn an MFA in creative writing, but two deterrents quickly arose.  One was a lack of money. The second was an interview with Cormac McCarthy in The New York Times Sunday Magazine in May 1992, which gave me a different blueprint.  Since most of McCarthy’s books were out of print at the time, I had no idea who he was, but “All the Pretty Horses” was about to be published, and apparently both his agent and publisher had begged him to sit down with the Times to gain at least a sliver of exposure.  He recalled his path as a writer, how he thought teaching it was next to impossible and a hustle, and basically recounted the years he ate canned beans while living in a barn, writing all the while. I decided then that hard work would be my salvation as well.  But here I am, two decades later, with a stack of stories and novels no one even knows exist.

I wrote the first novel, which was set in South Boston, years before anyone outside of New England had heard of Whitey Bulger, the neighborhood’s most infamous resident.  While doing research, I was chased out of housing projects and drank alongside guys in bars in Southie, where many more stories existed. And since I worked as a cook during the day, my co-workers, hard-living Hispanic and black guys from Mission Hill and Mattapan, had opened up a new world for me in neighborhoods white people rarely saw.

Gradually, the idea for an improbable white/black coming-of-age story set in Southie during the 1970’s began to form.  Since desegregation had nearly torn Boston apart in the 1970’s, the idea of a black family moving to the predominately white enclave of Southie to support their son, who was being bused there, was so dramatic that the story possibilities seemed endless.  The Whitey Bulger character became a mentor to Kyle O’Keefe, the white kid, and John Thomas, the black kid.  So I wrote the novel, and, lo and behold, it was awful.  It was so awful that I rewrote every word of it six times front to back over the next three years and was stunned to find each successive version worse than the last.  It was then I realized I was not the type of writer who could imagine and dream up a story I hadn’t lived. Gore Vidal could travel back to the 1820’s, but not me.

Another thing I realized was that I didn’t know how to write.  Period. Could I write a fundamentally sound short story?  Yes.  But that was nothing compared to actual novel building and navigating complex characters through hundreds of pages.  It was a crushing realization, but after re-writing the same novel six times in the first person, third person, third person omniscient, etc., it was a realization I needed to have.  In disgust, I put down the pen and didn’t pick it up again for five years.

In the interim, I threw myself into every experience I could find and moved around the country.  Finally, after arriving in Colorado and working construction, I found my pen again and wrote “Sandaman’s Riposte,” a novel about a Boston bike courier racing against the clock and his own past before both destroy him.  I got an agent in New York City who was my age and looking to make a name for himself as an independent.  Over the next six years, he worked tirelessly and came close to landing me a contract a handful of times.  I stayed with him for so long because he believed in me and the stories I was producing.  He was honest and loyal, and we shared the same vision of my career, mainly as a detailer of worlds and lifestyles regular people would never see.  But in the end, we amicably parted ways.

It’s been seven years and I still haven’t found another agent.  But I have found the realization that to be a successful writer you must be able to market yourself, market your stories, make connections, attend forums, and, once again, make connections.  I did none of the above and it got me nowhere.  I have completed a short story collection and another novel.  I’ve self-published “Sandaman’s Riposte,” and “Bearing Down,” and am getting ready to publish “Forked Head Pass.”  I’ve never been published by the establishment, but I never got into this for the money.  Did I want to be a published author?  Absolutely. But I had no problem doing all of this for free, mainly because I never had a choice.  I was going to be a writer, no matter the cost.  In fact, I didn’t have a wife or kids because they would have cut into my reading and writing time.

If you choose this life, you can never give up. Eventually, I got a job as a firefighter and now I love my life, but a part of me will never be satisfied until I find another agent, because without one, major publishers will have nothing to do with me.  I was always so focused on the writing that I literally did nothing else to further my career.  But the time has come for that to change.

2 thoughts on “The Long Road to Nowhere”